Leading up to Banned Books Week 2012, ALA will highlight one book from its new timeline of banned and challenged books each day. Today we feature multiple challenges in 1987 to “Forever,” by Judy Blume. 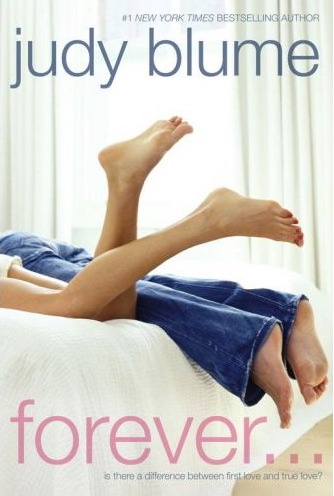 In 1987, “Forever” was challenged at the Moreno Valley, CA Unified School District libraries for “profanity, sexual situations, and themes that allegedly encourage disrespectful behavior.” It was challenged in the same year at the Marshwood Junior High School classroom library in Eliot, ME because the book “does not paint a responsible role of  parents;” its “cast of sex minded teenagers is not typical of high schoolers today;” and because the “pornographic sexual exploits (in the book) are unsuitable for junior high school role models.” Blume’s 1975 novel offers a frank consideration of teenage relationships and sexuality that was unprecedented for its time. Beyond the significant  controversy over “Forever,” Blume became a frequently challenged author for her many works exploring difficult subjects — including menstruation, bullying, and divorce — that face young adults.