Leading up to Banned Books Week 2012, ALA will highlight one book from its new timeline of banned and challenged books each day. Today we feature 1985 controversy over “In the Night Kitchen,” by Maurice Sendak. 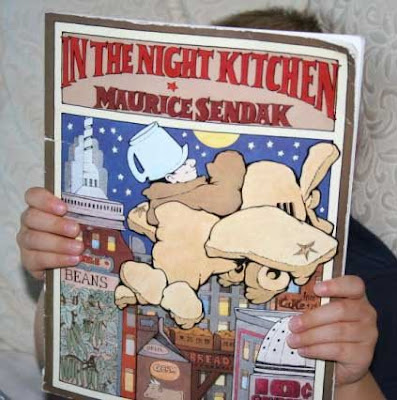 In 1985, “In the Night Kitchen” was challenged at the Cunningham Elementary School in Beloit, WI because the book was believed to desensitize children to nudity. In Sendak’s picture book, a young boy named Mickey falls out of his clothes as he travels through his dreams to the magical kitchen of the title. In addition to being challenged, “In the Night Kitchen” was frequently defaced by those who objected to Mickey’s nudity and drew diapers or pants over Sendak’s images. The book was awarded the Caldecott Medal in 1971.