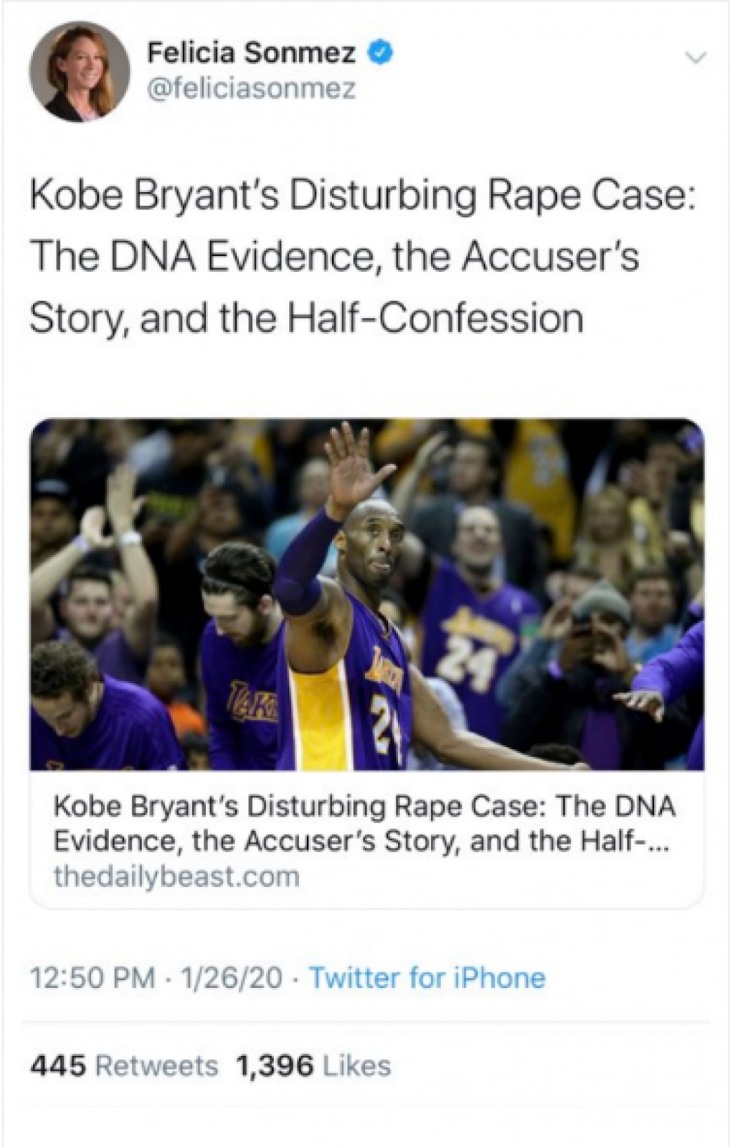 I was fascinated to wake up to the headline “Washington Post reporter who tweeted about Kobe Bryant rape allegations placed on administrative leave” recently. My first thought was “What? I must have read that wrong.” But I didn’t – The Washington Post reported itself that it had suspended political reporter Felicia Sonmez after she “sparked a furious backlash” by posting about the rape allegations from 2003 against Kobe Bryant shortly after his death in a helicopter crash.