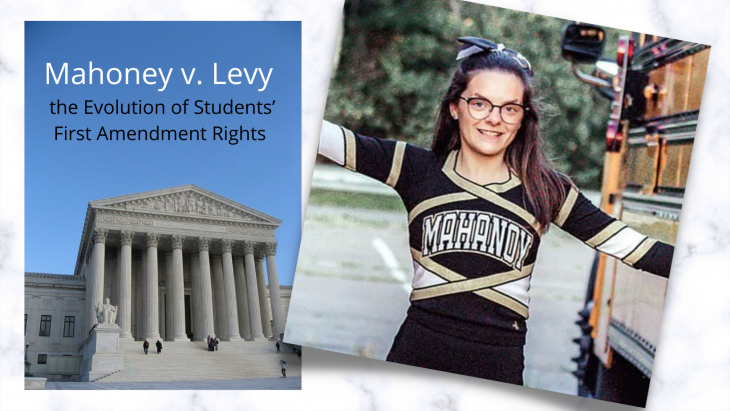 On Wednesday, June 23, 2021, the Supreme Court ruled 8-1 in favor of Brandi Levy and public school students’ speech rights, in the case Mahoney School Board v. Brandi Levy. In 2017, Levy, then a 14 year old high school student in Pennsylvania, tried out for her school’s varsity cheering squad. After not making the team, she vented her frustrations in a Snapchat video, where she flipped off the camera and dropped a few swearwords. The school, after seeing the video, subsequently suspended her from the junior varsity cheer squad, saying that her video and its message violated the cheerleading code of conduct. After failing to come to a resolution with the school, Levy and her parents sued, arguing that punishing her for off campus speech violated Levy’s First Amendment rights.

In 1988, a Supreme Court case stripped student journalists of their First Amendment rights. Now, three decades later, students are standing up and bringing new bills like the Cronkite New Voices Act to the courts.